My motto while planning for this trip has been:

“Get to the impossible…as soon as possible!”

So I’ve been trying to schedule Cliff’s driving pretty aggressively. But trying not to be obnoxious! He’s a “drive for 2 hours and stop” kinda guy. I’m a “stop only when it’s absolutely necessary & then keep on driving” kinda girl. His way, we’d never get anywhere. My way, we’d never get to enjoy our journey. So we find a happy medium!

We left Indy after work Friday, 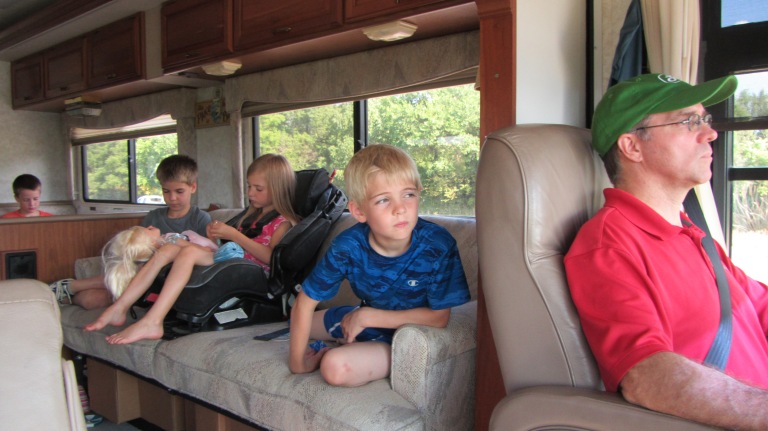 and slept in the Walmart parking lot in Galesburg, IL.

Saturday was spent driving up Iowa and across Minnesota.  Nuttin’ new.  However, I do have to insert the comment that the winds were gusting at 24mph.  Add in the lengthy construction zones, and you have an interesting drive!  Cliff still has callouses!

We awoke at 4:30am Sunday in Sioux City and took off toward the Badlands.

Neat views.  I felt a strange sort of deja vu, like I had been there before.  I decided that it was a mix of watching Dances with Wolves and my old Windows desktop (well, minus the bug splats on the windshield.)

The scale is massive, and they are all over the place!

All of the sudden, Cliff’s side mirror started vibrating, behaving as if it would fall off.  So we stopped at the next exit, which happened to be a South Dakota Visitor Center and Lewis & Clark Interpretive Center right on the Missouri River.  It was breathtaking.  Really.  We would never have stopped had it not been for that mirror.  And so we are thankful that God is our Trip Planner! 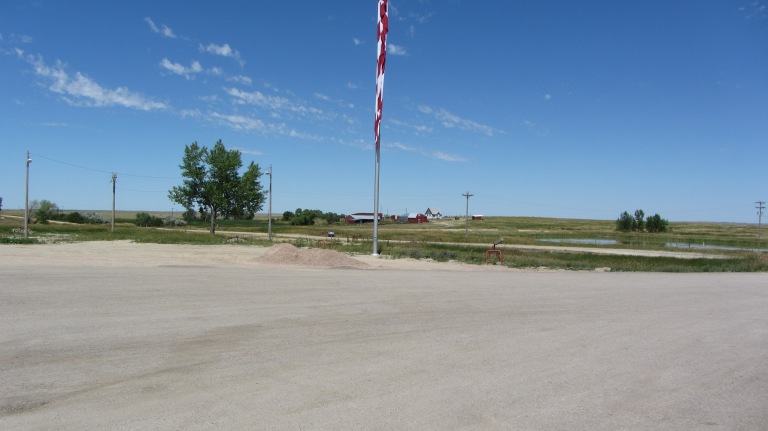 We arrived at the Badlands, which possessed amazing views!

The rock was very crumbly, which was not what we expected. 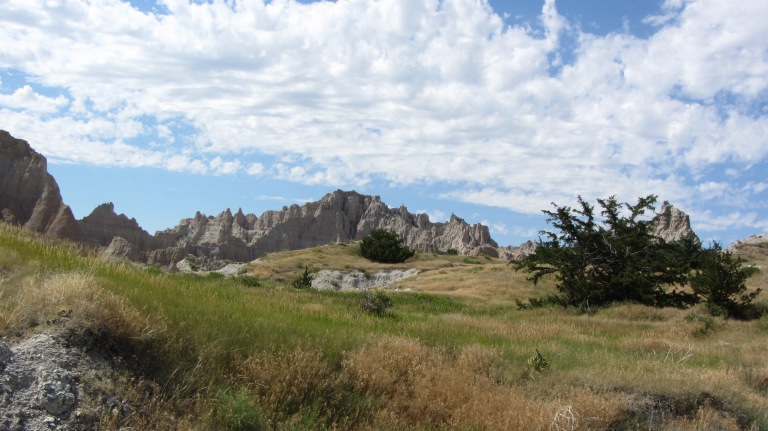 It was extremely hot, so we didn’t hike long and instead opted to primarily drive the loop the rest of the way, stopping a couple of times to see a prairie dog town

And an amazing overlook.

During the drive, this was the view out the left side of the RV…

And this was the view out the right side!

Regrettably, we visited Wall Drug in the afternoon.  I know they say you “have to.”  Don’t.  Even the free ice water was hot!

We ended our day at the Crazy Horse Memorial, which happened to be doing a simulated blast, which only happens twice a year.  (Again, when God is your Trip Planner, amazing things happen!)  More on that next time!