We arrived at the Crazy Horse Memorial at 9:15pm. Cliff got a trial by fire in driving his first mountains in the dark! But he bravely met the challenge! The laser light show and simulated blast were scheduled at 9:30pm. We parked quickly, grabbed blankets, and found a spot on the ground to view the event.

One thing that stood out to me from the show was a quote that went something like, “Their [the Native Americans’] only book is nature, and they knew ALL the pages.” It made me think of Romans 1 that states: “For since the creation of the world God’s invisible qualities – His eternal power and divine nature – have been clearly seen, being understood from what has been made, so that men are without excuse.”

After the show, the parking lot was a commotion so we decided to sleep in the RV while everyone else was fighting to get out. (We had been awake since 4:30 am on the eastern border of SD. We were now still awake at 10:15 pm on the western border!) There was a knock on the door around 11:30. The guard told us that we could not sleep in that parking lot, but there was a gravel lot at the bottom of the hill where no one would bother us. Here’s what we woke up to…

You can see the (unfinished) Crazy Horse Monument in the background.

The next day, we drove some of the roads in Custer State Park. We had a nice picnic beside the Needles formation. Cliff & the kids took a short hike while I contemplated knowing this “page” of nature. 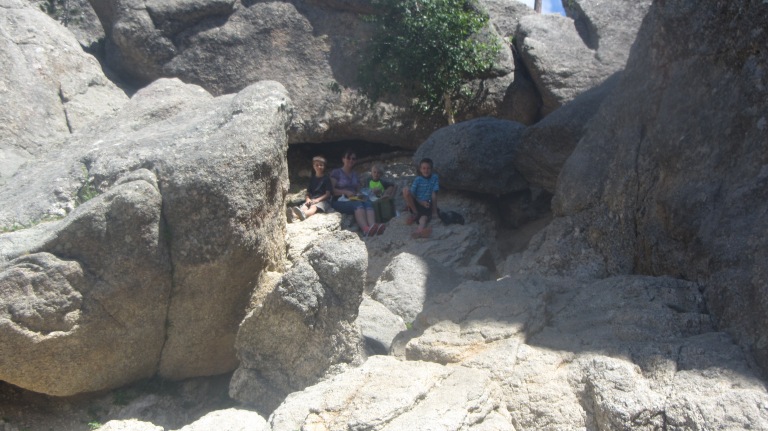 Let them have their 4-hour hike. 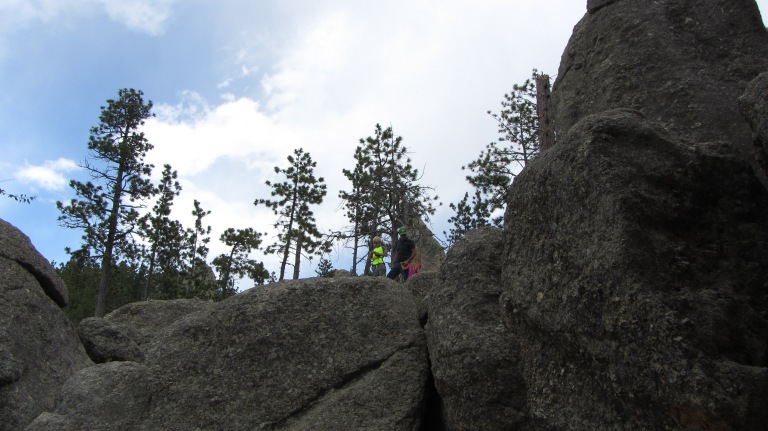 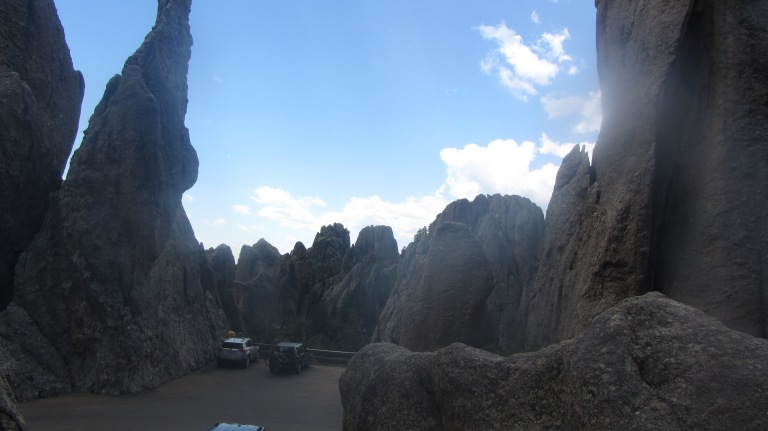 This was the most spiritual place I’ve ever been. I can’t believe that the only reason I was able to experience this place is that it was stolen from others who had it first. 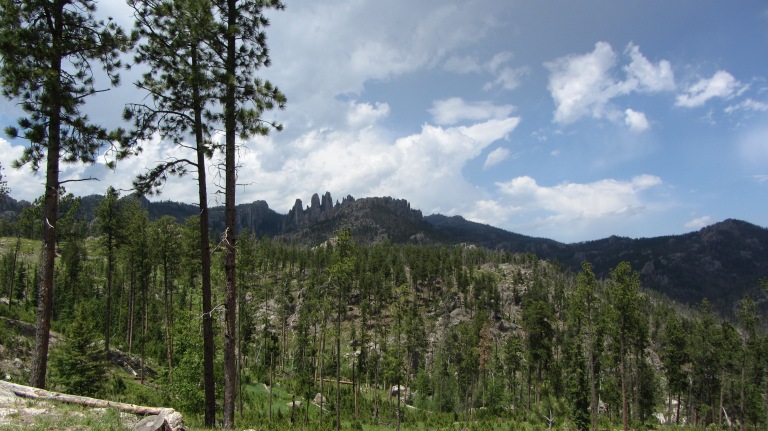 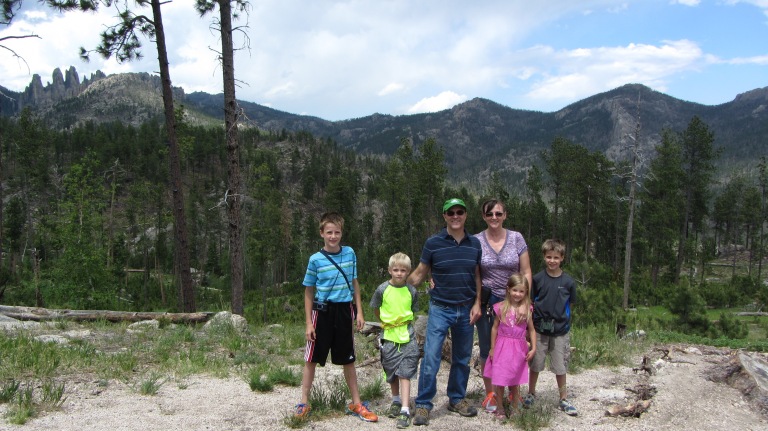 We returned to the RV to wait out a one-hour hail storm! When life gives you hail… 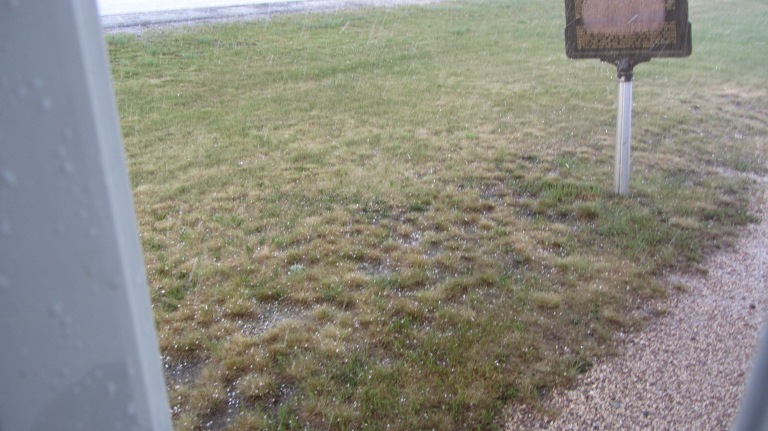 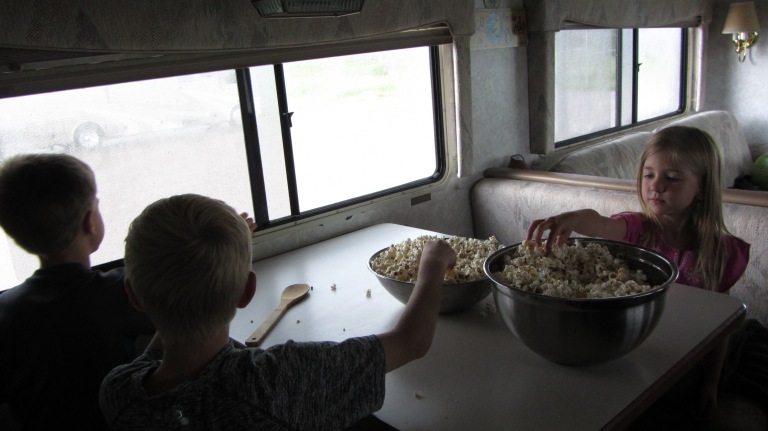 That evening, we drove the Nature Loop. I’ll let these pictures speak. 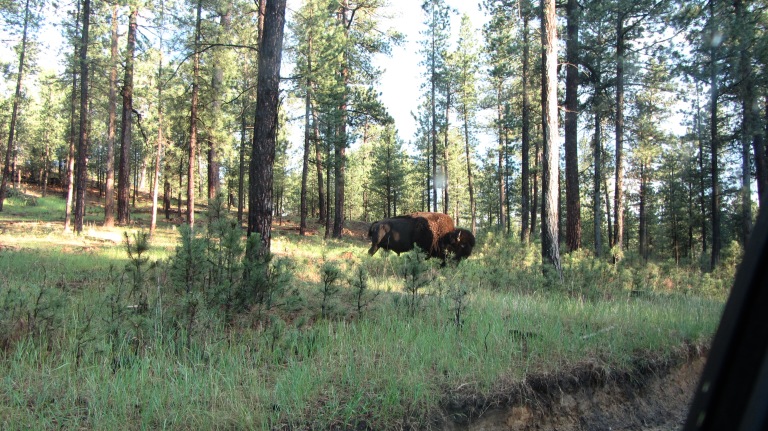 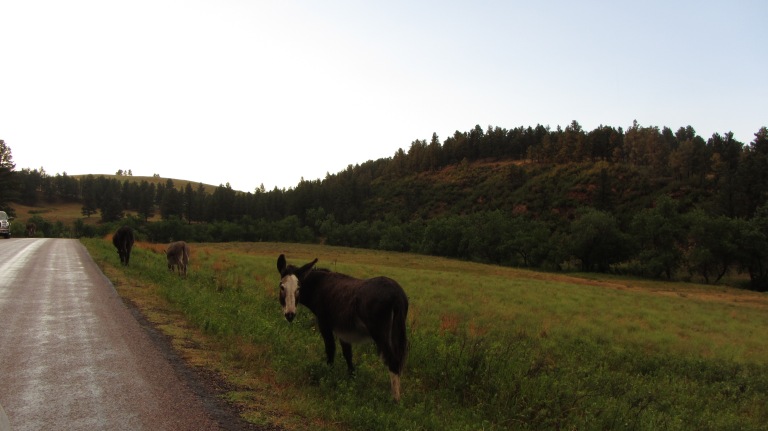 Cliff & the boys hiked to Harney Peak (elevation 7,242 feet) the next day. Well, they *almost* hiked to the top. Another hail storm forced their descent about 30 minutes short of the peak.  No popcorn this time, boys! 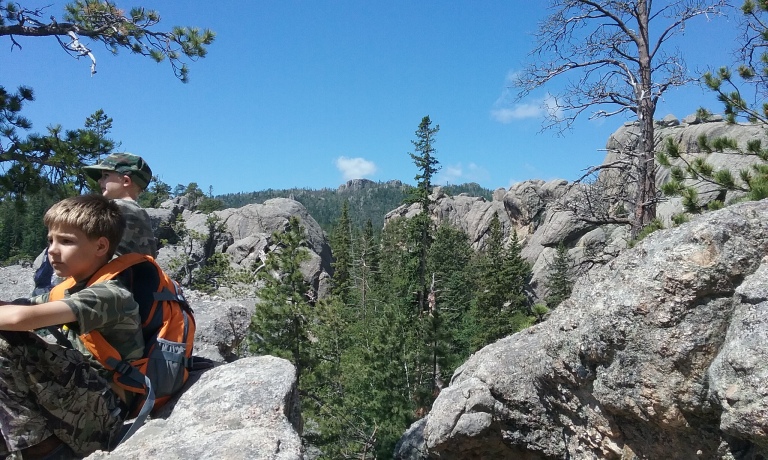 That evening, we visited Mt. Rushmore. 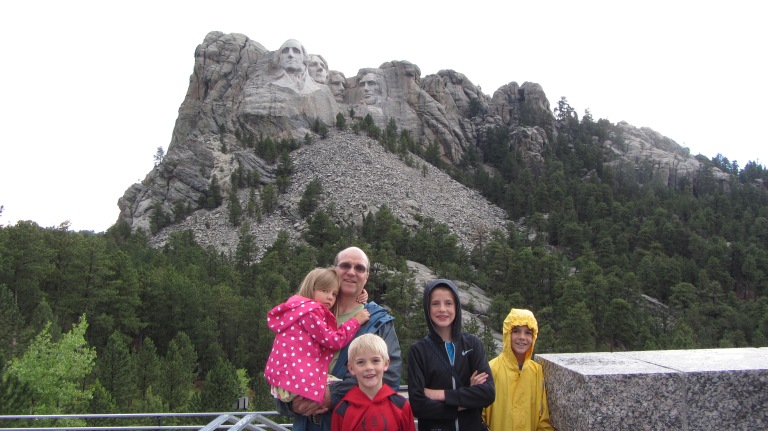 It was anti-climactic. After experiencing the rush of nature in Custer State Park, seeing the otherwise magnificent work of man, paled. Significantly. I took this picture that contrasts what I feel. On the left, man’s work. On the right, God’s.

The next day, I hiked around beautiful Sylvan Lake with the kids. 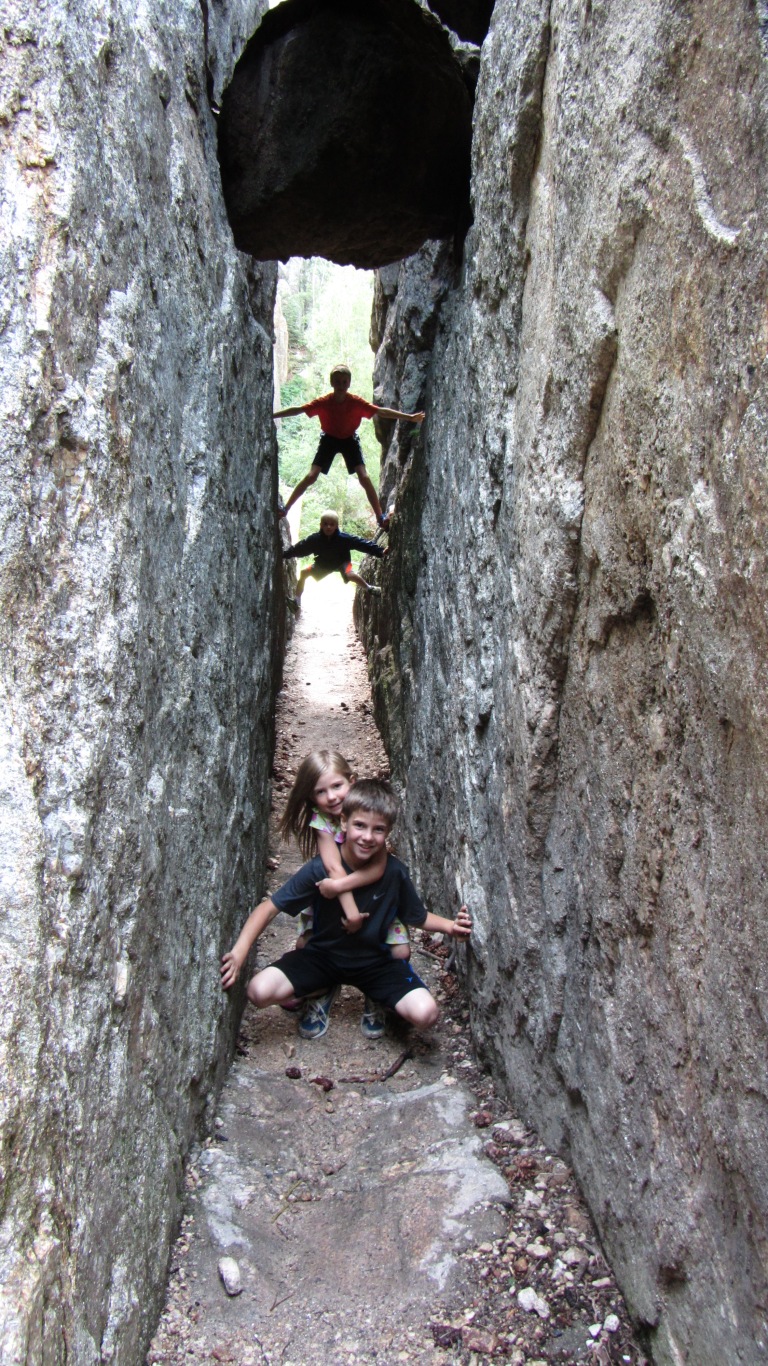 It was hard for me to leave the Black Hills. My spirit longed to stay there!

But more adventure awaited us…