I don’t know if it was just the emotional aspect of entering a new state or the fresh, moist air of a nearby storm.  Because although eastern Oregon did not look that much different from western Idaho, it felt quite a bit different.

There were even roses growing at the welcome center!  Mmmmmmm.

At this point I am going to mention that Cliff is so dedicated to great pictures of our trip that he got out in a rainstorm and cleaned the bug museum off the windshield! 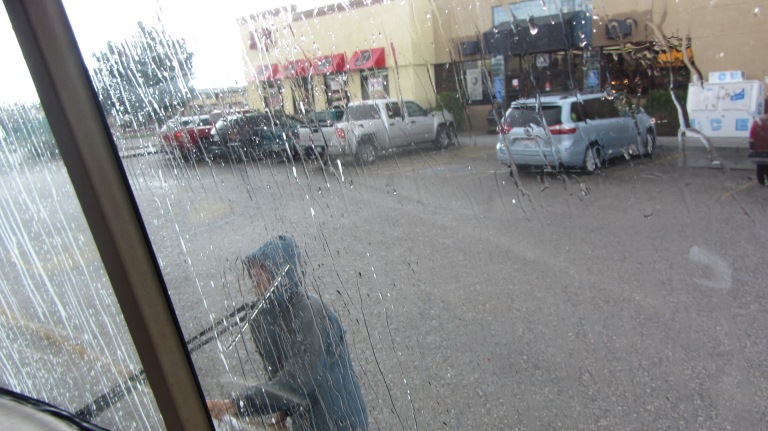 The landscape did end up changing and becoming unique, although still classified as the high desert.

By the way, it is intuitively obvious which areas are irrigated. 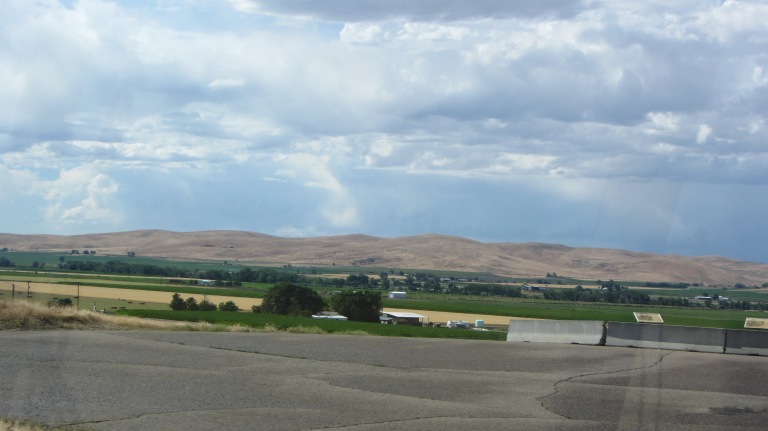 We spent this evening in the middle of Oregon nowhere!  And it was awesome!

We had heard about the Crane Springs Campground from Gone with the Wynns and decided to check it out ourselves since we were in the area.  We hopped into their hot mineral spring with rented pool noodles, watched the sunset, and witnessed the stars appearing in the sky, holding an unofficial contest of who could see the first and count the most.  No pictures because of the water.  Sorry!

Local cattle grazed nearby, mooing as the sun set.  Birds flew around us to feast upon a large mosquito population.  As did the bats, which swooped among us after dark.  We stayed up WAY too late, and it was FREEZING when we got out.  But it was SO worth it!

Here’s a picture of the aftermath!

Here are some pictures of the kids in the spring the next day.  The water temperature ranged from 99 to 104 degrees while we were there.  Very relaxing. 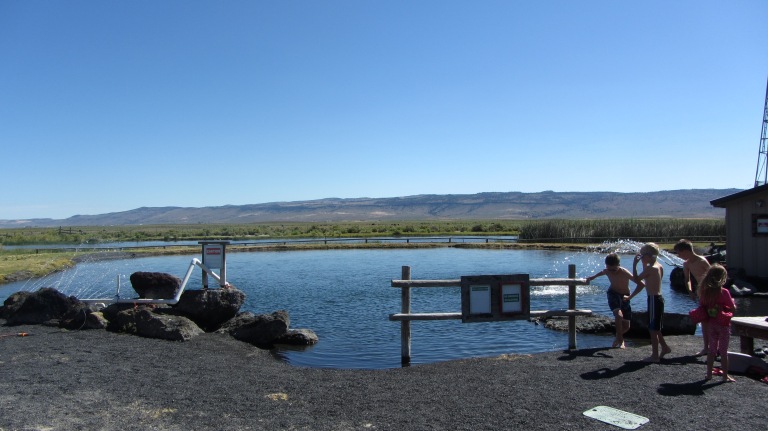 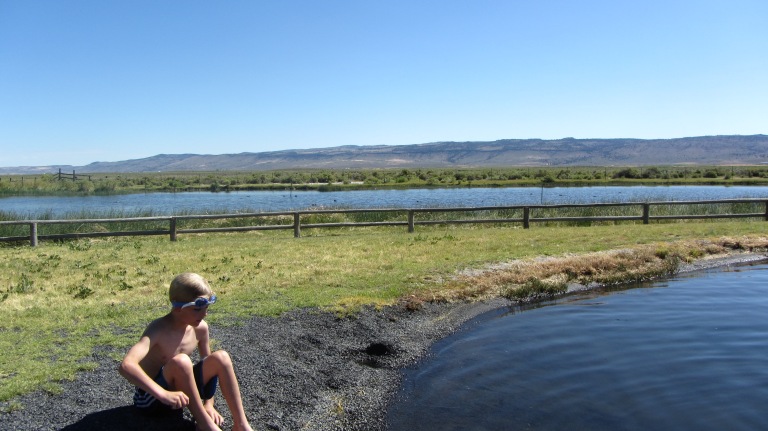 We spent the rest of the day driving across the Oregon high desert,

through the a-little-too-perfect city of Bend, (our GPS sent us through the most congested, trendy area of town in search of a laundromat.  We received a lot of shocked looks.  Our 1999 motorhome towing a station wagon didn’t really fit the whole image of Bend.  If I haven’t yet told you that Cliff ROCKS at driving the RV, I am doing so now.  It was fun, and we laughed quite a bit.)

and into the more laid-back but equally beautiful town of Sisters, where we finally found a laundromat.  And a tent-dwelling man who gave us quite a schooling on how to mooch off the locals who “have no need.”  Yikes.

A couple of hours later we crossed the Cascades, taking in different kinds of forests.

Unfortunately we also took in the sunset earlier than we would have liked.  I’m sure this forest is absolutely amazing in the daytime.  But at night, it exudes “creepy.” 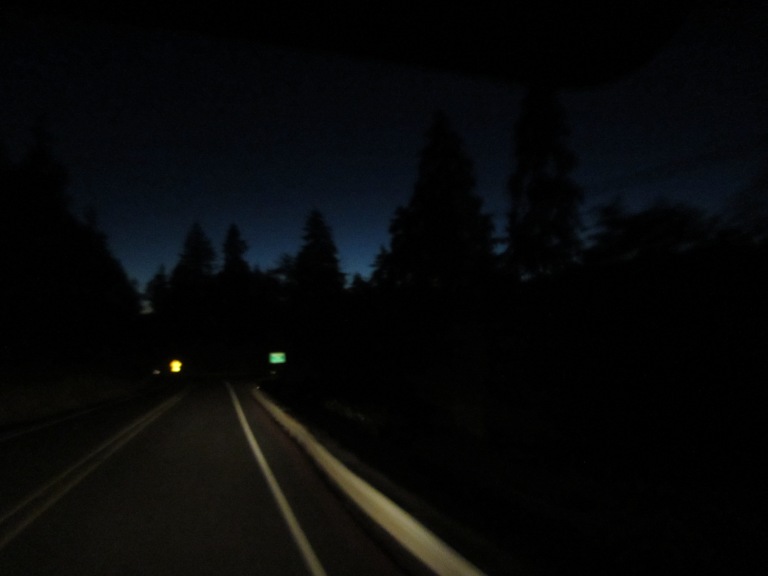 Cliff endured mile after mile of curved descents in pitch black.  Like I said.  He rocks!

We actually stopped a couple of times to investigate campspots, but they were all either full or had a transient feel (the moochy man mentioned earlier was not the only one of those around here).  So we pressed on to Jerome.

The youngest 75% of our kids were already deeply asleep when we arrived.  The rest of us were brain dead.  It was after midnight, but the fact that tomorrow we’d see the Pacific put us to bed that night like we were sitting on its lap with a bedtime story and warm milk!  (Shouting out to my friend Hilary right there.  If you know her, you’ll totally know what I mean.  If you don’t know her, you are really thinking I’m weird right now.)

We were never so glad to see a Walmart parking lot!  Goodnight!