We had one of those mornings that was more domestic in nature.  It included laundry and vacuuming and RV maintenance.

But we finally embarked from our KOA spot, headed toward Delaware.  Delaware?  What is there in Delaware?  Well, mostly, a beach.  That’s why we chose Delaware.  We had to stay close enough to Maryland to attend a wedding reception later in the week.  But we wanted a beach.  So, Delaware.

We learned that most of Delaware is agricultural, so it carried a sense of “home.”  (If I told you this was Indiana, you’d probably believe me, right?) 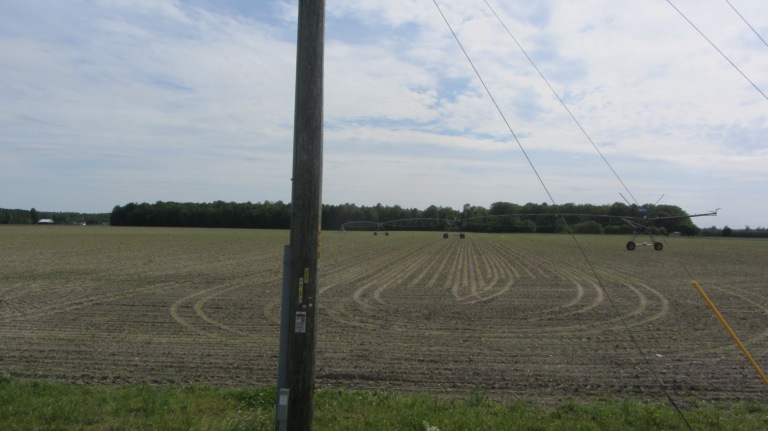 We definitely got the beach, though.  Take a look at this GPS image!  The Coast Guard was right across the Indian River from us, which brought back memories of the Columbia River trip last summer! 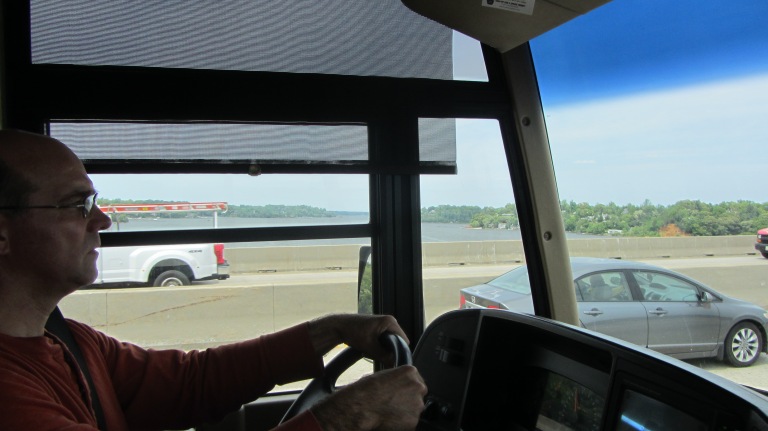 But we sat next to him the whole time!  And I navigated it for him, so I think we’ll still count it!)  We were on the Oregon Coast in July and now, here we were on the Delaware Coast nine months later!  Yes, we stopped in Indiana for quite a bit of that time.  But that’s beside the point!

Mmm-hmmm.  Rain.  I don’t mean sprinkles.  I mean downpours.  I mean 20+ mph winds.  I mean puddles up to our ankles to walk from our door to the car.  It kind of reminded us of the hailstorms in Custer State Park.  Except the hailstorms ended after an hour.

So, we found ourselves thankful that we brought movies and board games!  I taught the kids how to play Yahtzee!

The night we arrived the boys and I ventured on a just-past-sunset walk to the shore.  We could feel the storm blowing in.  Terrifying. 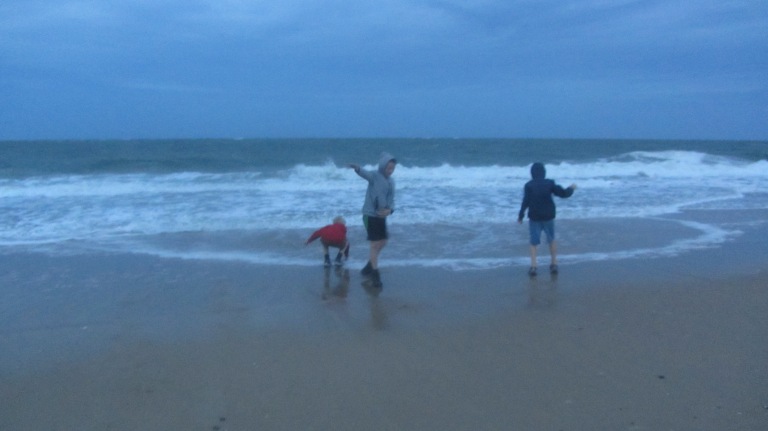 The next morning while Cliff and the boys went fishing,

Nadia and I went shoe and candy shopping in nearby Rehoboth Beach. 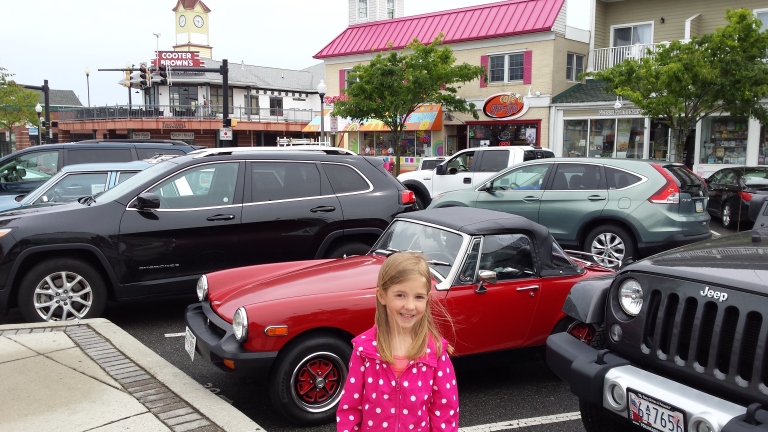 We all bagged a mixture of the booty (fish, shoes, and candy.)  Although I cannot sing the praises of my new orthopedic Wolky sandals enough, I do believe the trophy goes to Nadia for selecting gummy mustaches, army guys, and sharks for her brothers at Candy Kitchen!

Obadiah caught a 30″ blue fish, too!  I am tempted to pull a stunt reminiscent of the Rosenthal Iwo Jima photo.  You will understand why very soon.

Here is the actual picture of the fish Obadiah caught.  (Cliff had only a moment to snap this one before having to assist with the haul!)

Here is the photo of a similar one a fellow fisherman brought in.

You see what I mean?

All in all, we did have a good time here.  We did enjoy the beauty of the area.  It’s such a foreign one to us land-lubbin’ Hoosiers! 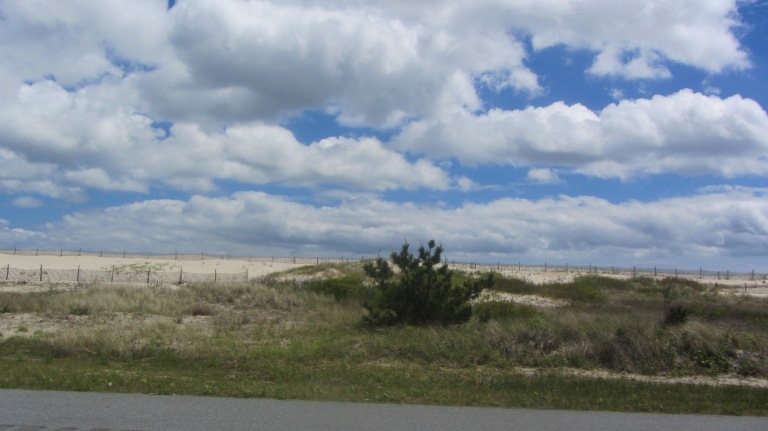 Such interesting plant life and new species of birds! 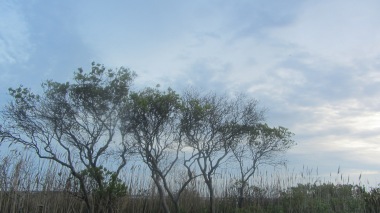 Shells and sand, too!

But this is not the end of our coastal adventures!  Tune in next time for tales of wild horses and more!